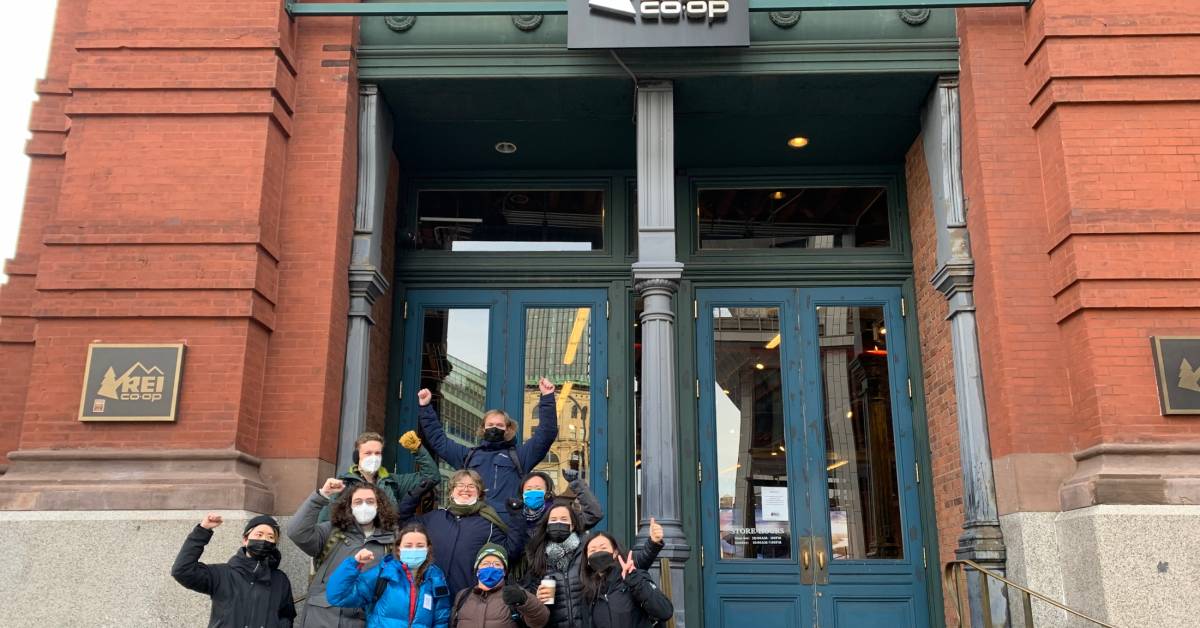 REI’s SoHo location made history Wednesday with an historic 88-14 vote to form the co-op’s first union.

In an in-person vote conducted by the National Labor Relations Board (NLRB), workers at REI’s SoHo, N.Y., store overwhelmingly voted to join the Retail, Wholesale and Department Store Union (RWDSU). Once the vote is certified, the RWDSU will represent approximately 116 workers at the outdoor sports equipment company in contract negotiations, which will commence this year.

The official results will undergo certification. The final declaration of that certification is expected within the next 5 days, per NLRB regulations.

REI Co-op issued the following statement upon confirmation of the union-affirming vote:

“As we have said throughout this process, REI firmly believes that the decision of whether or not to be represented by a union is an important one, and we respect each employee’s right to choose or refuse union representation. We are, at our core, cooperative. Our employees are the heart of the co-op community, and their expertise, enthusiasm and joy in helping people get outside make us who we are. We greatly appreciate their hard work and dedication through what continues to be a remarkably challenging time in the world.”

Several weeks ago, news surfaced that the New York City store’s 116-plus greenvests had filed for union representation. They cited health and safety concerns, as well as unsatisfactory management practices, wages, and benefits as primary reasons for the push.

The REI SoHo group called on the NLRB and RWDSU to lead the unionization effort. Its effort came on the heels of a successful recent union campaign led by Starbucks employees in Buffalo, N.Y.

REI corporate leadership met the SoHo workers’ bid with opposition that has since fallen under public scrutiny. Critics have accused the company of union-busting tactics and anti-Co-op ethics. Today, the store’s workers made their collective voice heard.

“We know the only way to ensure we’re listened to is with the power of collective bargaining,” Finke said. “The biggest grievance I’ve seen has been relating to staff safety. We’ve made countless suggestions on how to better protect our health through the rise of Omicron, yet we’ve seen little change in the COVID safety policies throughout the store.”

The new union seeks an overhaul in health benefits and requirements for paid time off. It also calls for improved access to sick pay, higher compensation, and more flexibility in scheduling.

And then there’s the topic of workplace culture. In an interview with the New York Times, sales associate Graham Gale said he felt that REI has shifted its company values away from workers in recent years.

“We cannot continue to allow our job security, safety, and well-being to be at stake,” Gale explained. “REI’s values need to extend to its workers — we are the carriers of the Co-op’s success. We care deeply about the positive influence REI has on the retail industry, but first, the workers need quality of life.”

“We fully support the rights of our employees to speak and act for what they believe, and that includes the right of our team in SoHo to explore, pursue and ultimately vote on the question of unionization. It’s their decision to make, and we’re going to respect their right in this process,” Artz said. “We do not oppose unions, [but] I do not believe that introducing a union is the right thing for REI.”

Artz then went on to say that union representation would negatively impact REI’s ability to work directly with its employees and resolve concerns promptly. “A big part of what unions exist to do is to speak for employees where and when they don’t have a voice … every employee at REI has a direct voice in speaking to and influencing every aspect of the employee experience.”

Tyler Mullholland, who’s been at REI SoHo for 4 years, said that’s no longer the case at his location.

“Over time, the atmosphere shifted from one where everyone was concerned [and] everyone had open, free dialogue to one where questions weren’t being answered quite so quickly or quite so transparently. And some issues were just never brought up again.”

Claire Chang, union member and SoHo employee of 5 years, reported a surge of anti-union material in the employee breakroom since January.

In late February, SoHo workers launched a petition to shore up support from co-op members and the general public. Speaking on behalf of his fellow union members, Mullholland said he believed a show of union solidarity by co-op members and customers could sway REI leadership’s stance against the bid.

Immediately after the decisive vote results came in at 8 p.m. CST, the REI Union petition sat 11 signatures shy of its 6,400-signature goal.

The SoHo team said that the reasons why it unionized boiled down to its members’ ongoing desire to remain with the company — and empower others who share similar goals.

“We’re not organizing because we hate it here; we love it here, but we want the culture of our workplace [to] match what we were promised when we were hired,” Finke told us. “We all deserve to be empowered in our labor. We don’t want this to end at SoHo, we’re just part of a larger movement, and we hope our success encourages other REI workers — and workers everywhere — to have conversations about how [they] deserve to be treated.”

In a recent press conference, GearJunkie asked RWDSU if the REI SoHo initiative had inspired similar campaigns at other REI locations. One RWDSU liaison informed us that such information remains confidential until after a union request is filed, but added that “there has been quite a lot of interest across the country.”

Unionized! Outside Magazine Editorial Staff Band Together Within Media Giant

On Tuesday, Jan. 4, 15 editors at Outside magazine unionized to advocate for better working conditions within the publication’s corporate structure. Read more…