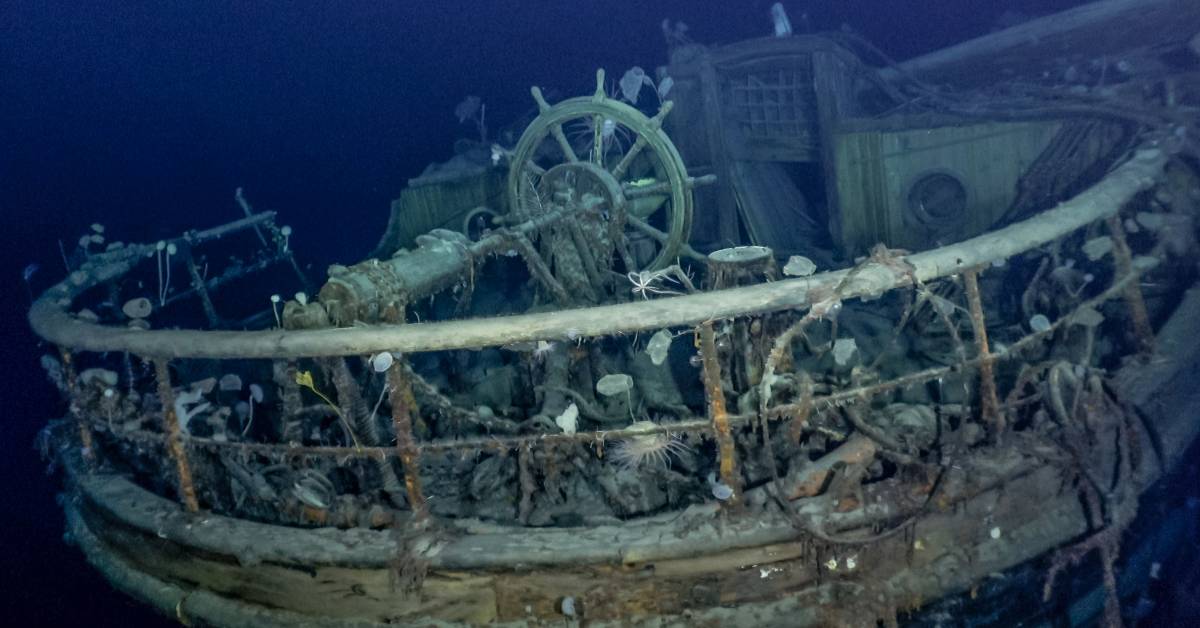 Sir Ernest Shackleton’s ship, the Endurance, sank in the Antarctic seas in 1915, leading to one of the most harrowing tales of human survival in history. This week, the wreck was finally found.

It should come as no surprise to those familiar with the story of Sir Ernest Shackleton that his famous ship, the Endurance, was discovered at the bottom of the Weddell Sea in good condition. As with the rest of his stout party, the Endurance fared far better than one would expect from such an epic tale.

In fact, according to Dan Snow — a historian and broadcaster who was part of the Endurance22 expedition that found the shipwreck — the fabled vessel is an “astonishing state of preservation.”

The wreck is coherent, in an astonishing state of preservation. The Antarctic seabed does not have any wood eating micro organisms, the water has the clarity of distilled water. We were able to film the wreck in super high definition. The results are magical
#Endurance22 pic.twitter.com/ppnJaMcmBa

Endruance22 found the shipwreck approximately 4 miles from the spot where its captain, Frank Worsley, recorded it sank after being entrapped and crushed by sea ice.

The expedition team reported the Endurance rests at a depth of 3,008 meters (nearly 10,000 feet).

“We are overwhelmed by our good fortune in having located and captured images of Endurance. This is by far the finest wooden shipwreck I have ever seen,” Endrance22 director of exploration Mensun Bound said. “You can even see ‘Endurance’ arced across the stern, directly below the taffrail. This is a milestone in polar history.”

A documentary will air in fall 2022 on National Geographic detailing the Endurance22 expedition and discovery. But while the hallowed Endurance’s resting place is now known, it remains a Historic Site and Monument under the Antarctic Treaty, and will not be disturbed.

The remarkable tale of Shackleton and crew has become the stuff of legend. The subject of literature, film, and museum exhibits around the world, the Imperial Trans-Antarctic Expedition aboard Shackleton’s HMS Endurance sought to establish the first land crossing of Antarctica, from the Weddell Sea via the South Pole to the Ross Sea.

But the ill-fated ship became trapped in dense sea ice, its hull slowly being crushed within it. All 28 men abandoned the ship and set up makeshift camps on ice floes with the provisions they had remaining.

After months, all the men set to lifeboats to reach the harsh environs of the Elephant Islands. Without hope of rescue or discovery, Shackleton and a small crew then resolved to find help themselves — a seemingly impossible task — by crossing 800 miles of open sea in a meager lifeboat.

Remarkably, Shackleton and his 5-man team reached South Georgia. From there, Shackleton was able to mount a rescue team that eventually found and saved every soul from the Endurance.