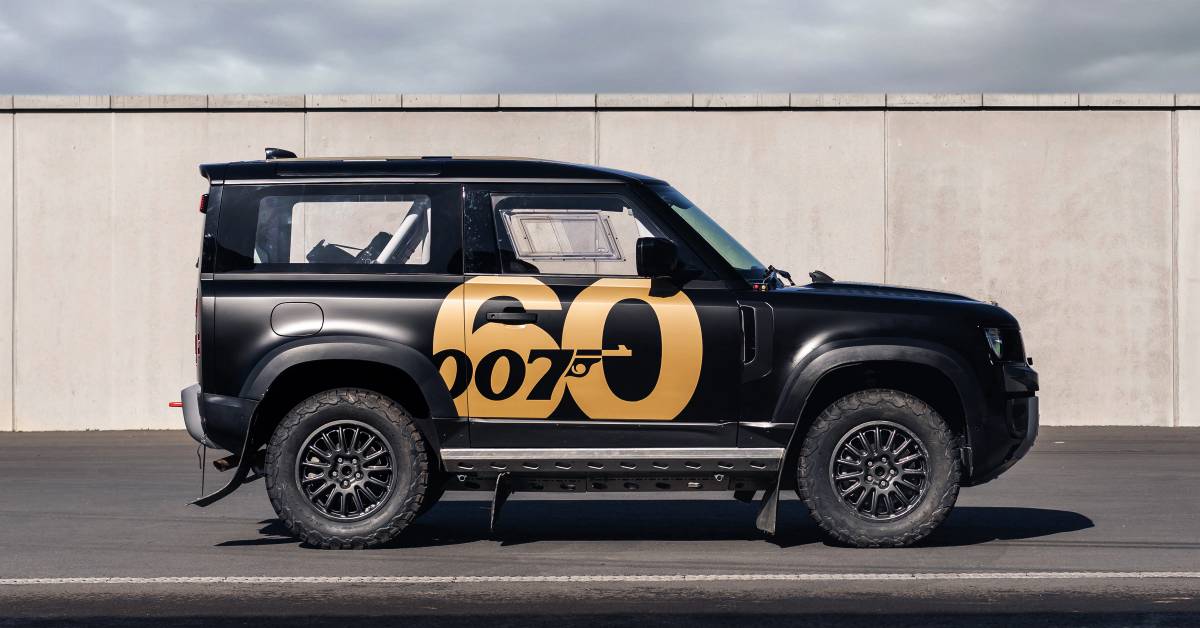 How do you celebrate the 60th anniversary of the James Bond film franchise? If you’re Land Rover, you do it with a special livery on a rally-prepped Land Rover Defender.

Editor’s note: This article was originally published on AutoWise.

The first Land Rover didn’t show up in a Bond movie until 1983’s “Octopussy.” The brown Range Rover convertible that towed Roger Moore’s equine-disguised jet aircraft blended into the scenery in that one, but Land Rovers have made plenty of appearances since.

The latest was a whole fleet of Defenders chasing Bond in a Toyota in “No Time To Die.” 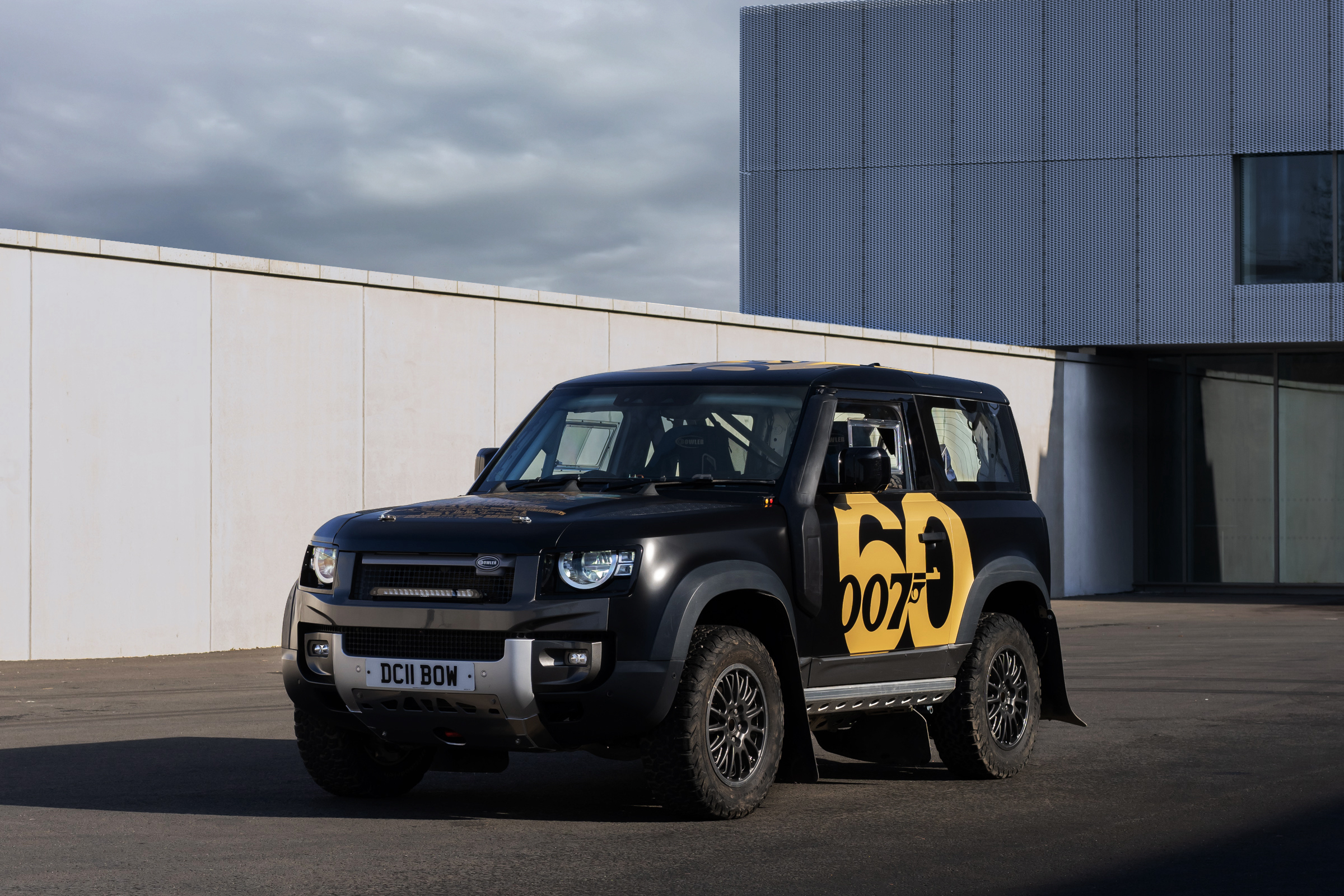 2022 marks 60 years since “Dr. No” first appeared on screen and launched the movie franchise. Sixty years of 007 is the theme of the livery on the rally-raid Defender, with a gold “60” on a black background.

Land Rover has added the titles of all 25 Bond films in script matching their theatrical titles running across the tailgate and the hood. If you’re wondering about “Never Say Never Again,” they would prefer you not to mention it. Or the 1967 “Casino Royale,” for that matter. 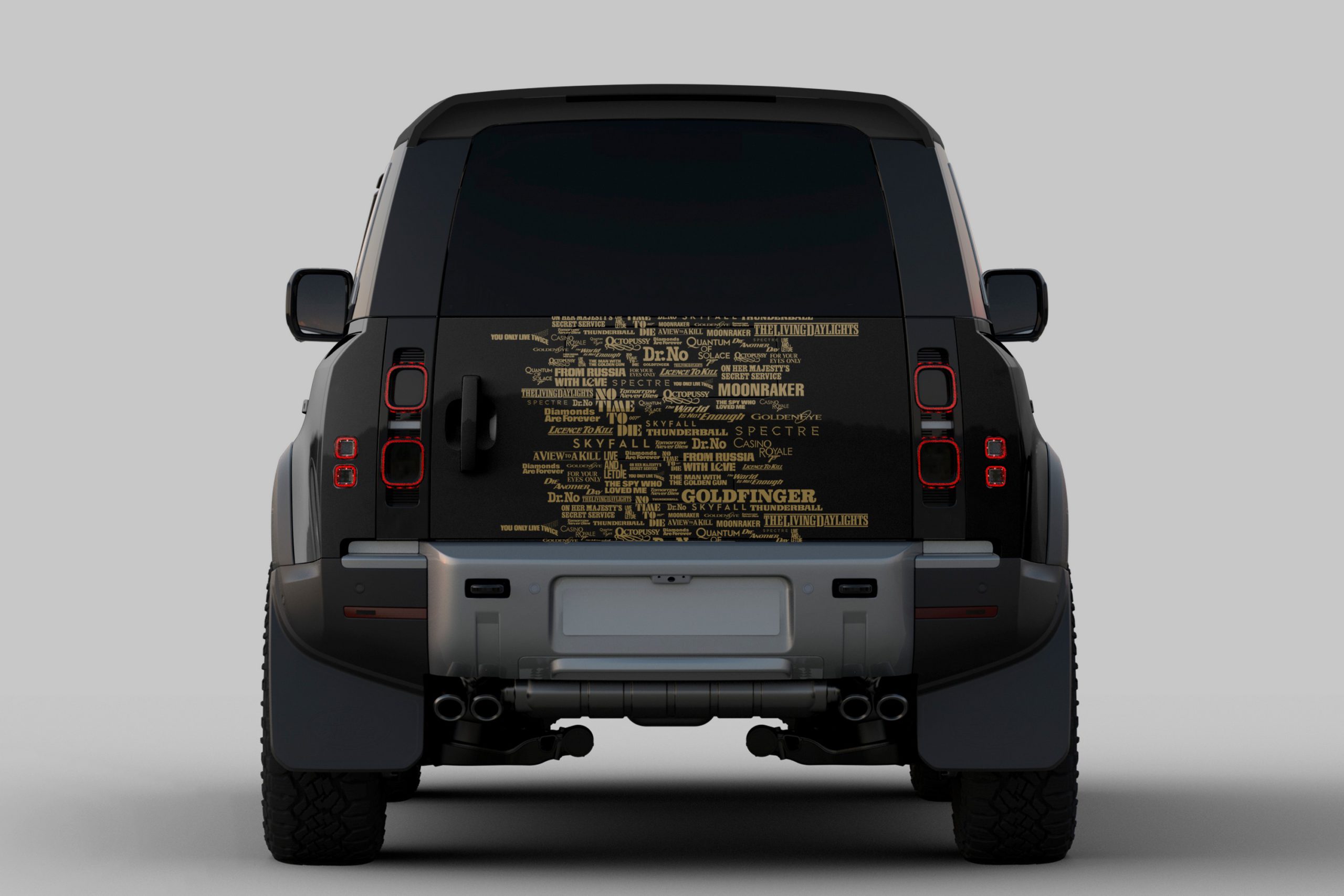 The special 60 years of James Bond Land Rover Defender will run at the Rally North Wales on March 26 as part of the Bowler Defender Challenge. 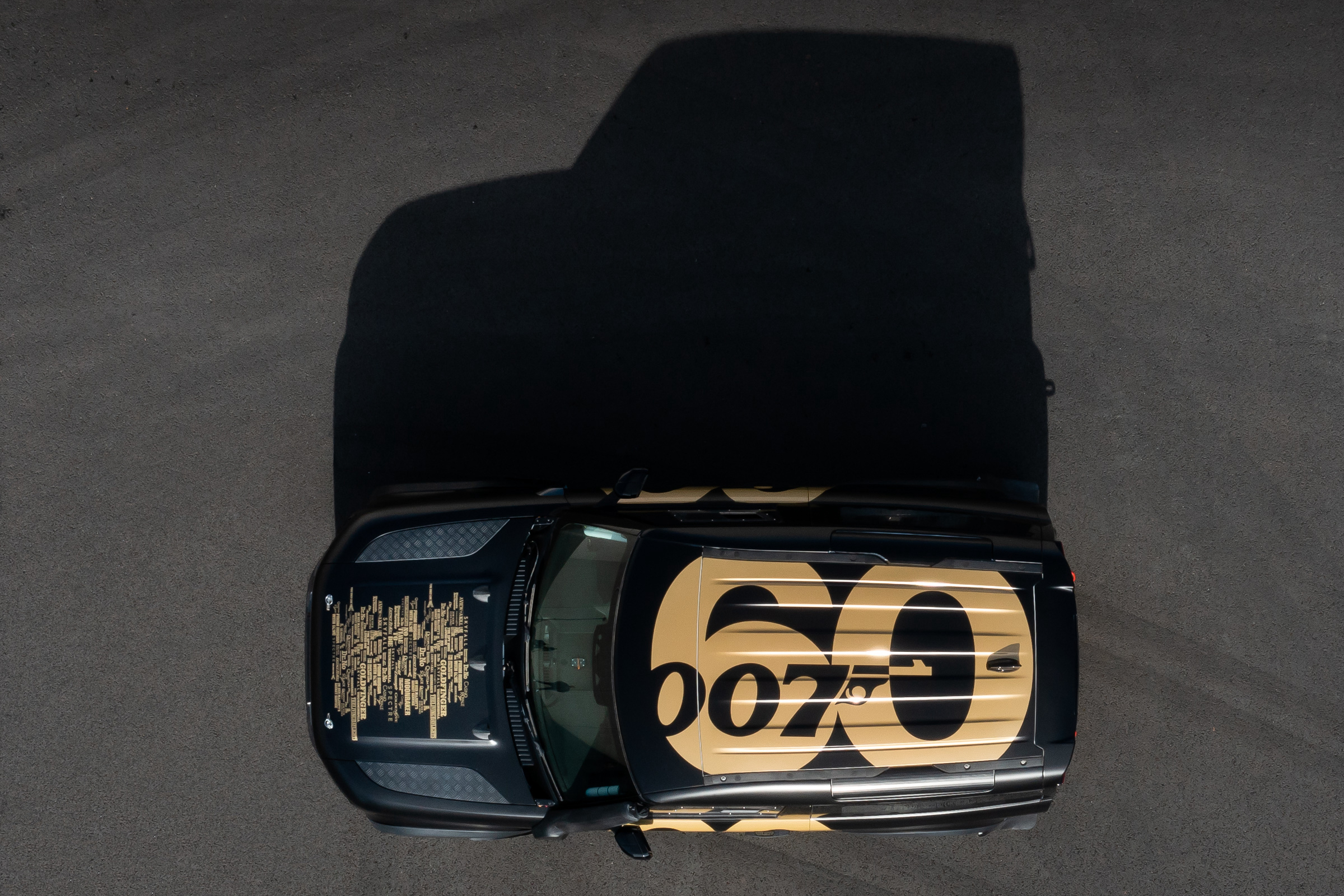 The spec series runs 300-horsepower rally-modified Defenders. Based on the short-wheelbase Defender 90, the trucks get a full competition-ready roll cage and upgraded cooling for the engine and gearbox. Naturally, because the vehicle is shaped like a brick, there is a new roof spoiler for aerodynamics.

Bowler, the challenge organizer, is a company known for building bonkers Land Rovers and Range Rovers for rally and rally-wannabe drivers. The automaker recently brought it in-house, becoming part of its Special Vehicle Operations division.

The performance company supplies its strengthened 18-inch wheels for the Land Rover Defenders in the series, which were built to take the punishment of gravel roads, ruts, and jumps. Bowler also provides its suspension design for the series. This includes modified subframes and special strut towers to add stiffness, plus new springs to improve handling and durability in the punishing series. 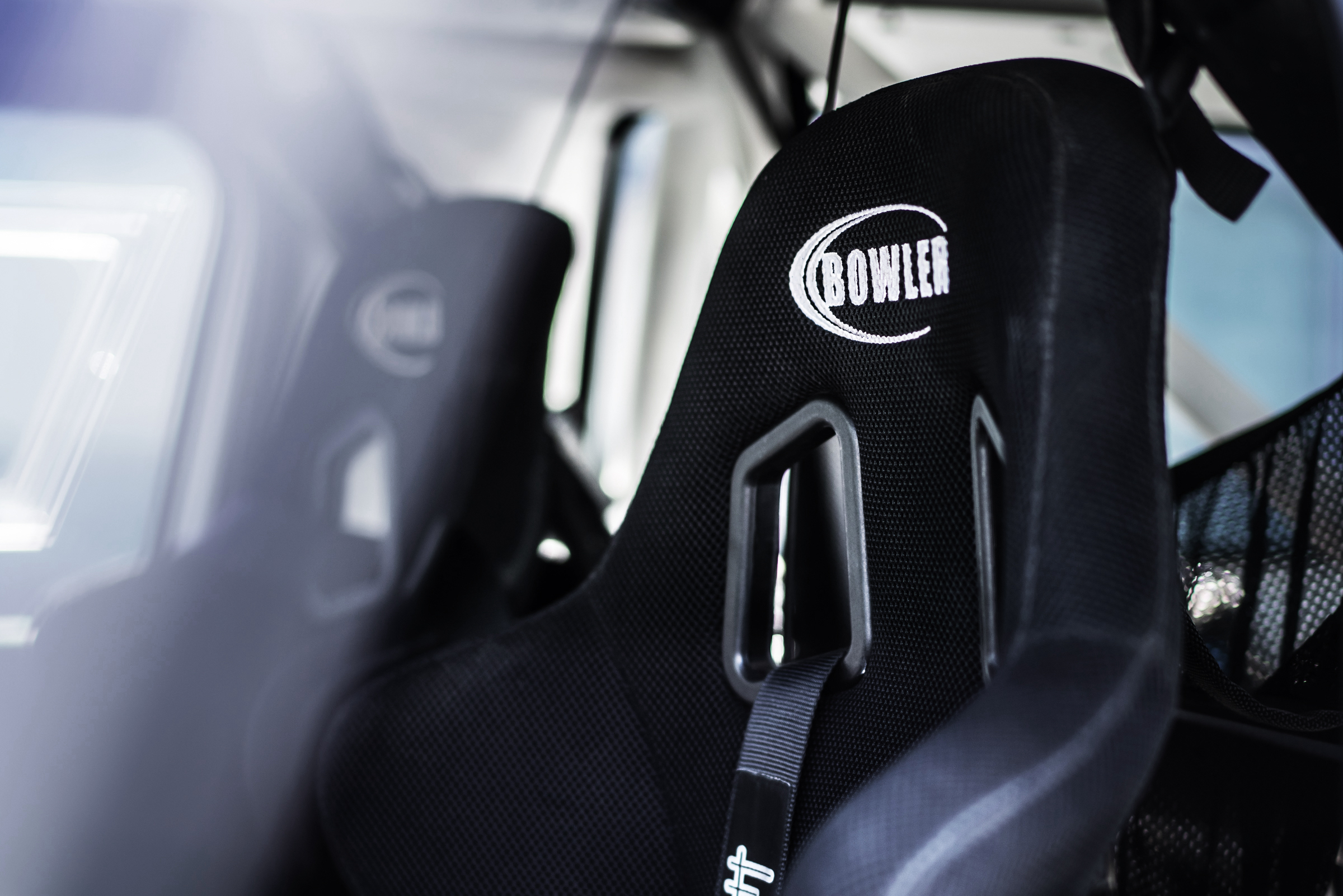 One of the company’s projects is this series. It plans to host seven events on a mix of gravel and dirt roads and will see 12 teams fighting for the win at races around the U.K. The series is open to both new and experienced drivers, with Bowler offering help for novices getting started.

Bowler hopes the series will become a feeder series, helping rally drivers hone their skills and move up into global rally-raid competitions, including the iconic Dakar Rally.

Land Rover has found the perfect driver for the Bond Defender. Not Daniel Craig, but three-time British Rally Champion Mark Higgins. Apart from those rally championships, Higgins was a stunt driver on the four most recent Bond films, from “Quantum of Solace” through “No Time to Die.” He’s also appeared on “The Grand Tour.” 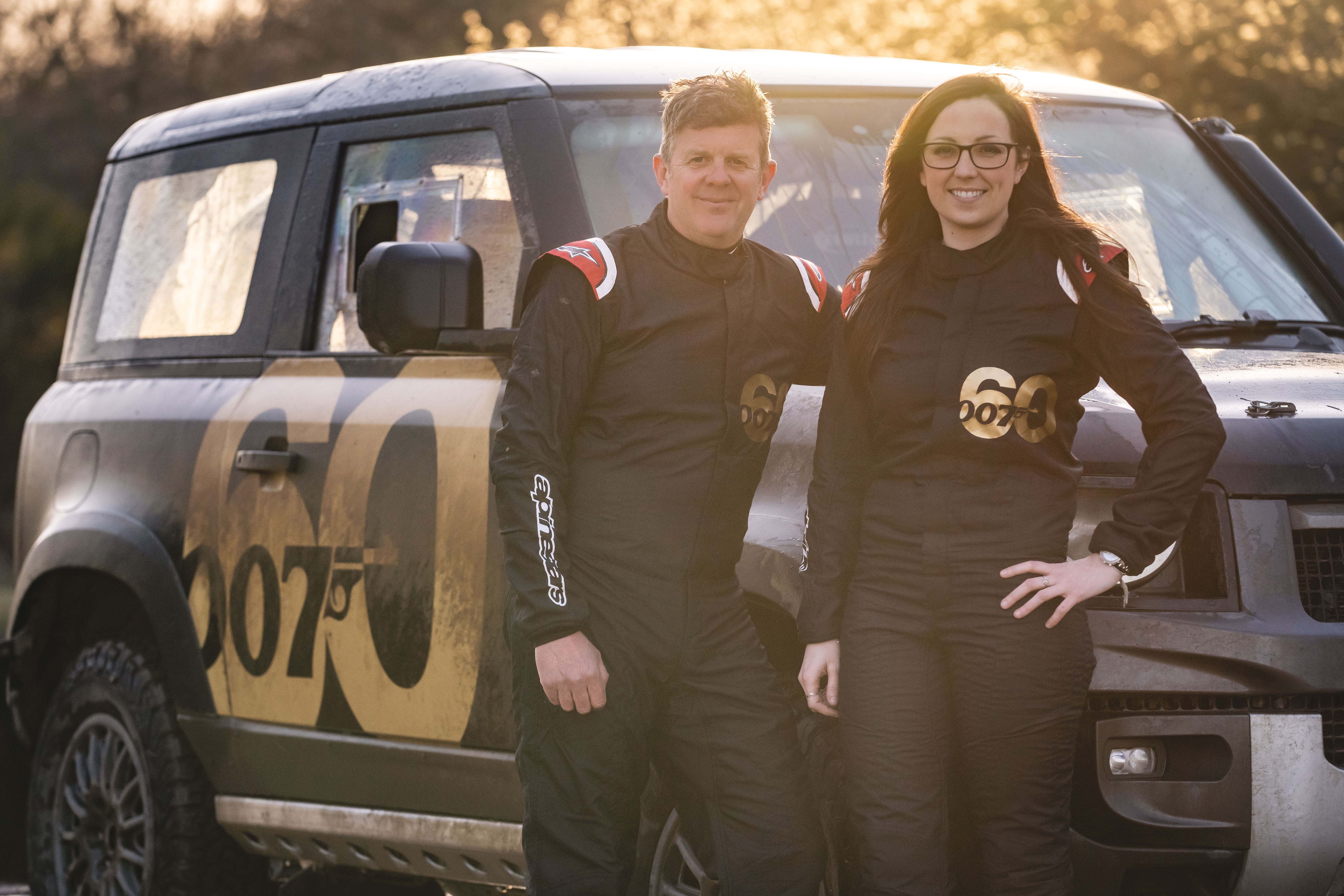 In the co-driver seat alongside Higgins in the Land Rover Defender will be Claire Williams. Not to be confused with the former F1 team of the same name, this Williams is a highly experienced rally co-driver with multiple championship trophies under her belt.

The pair competed at the first event of the 2022 Tata Elxsi Bowler Defender Challenge earlier this month. In a more conventionally liveried Defender, the two took an early lead before retiring in mid-afternoon, leaving the pair far down the order. Expect the veteran rally duo to be out to avenge their DNF at the Rally North Wales event. 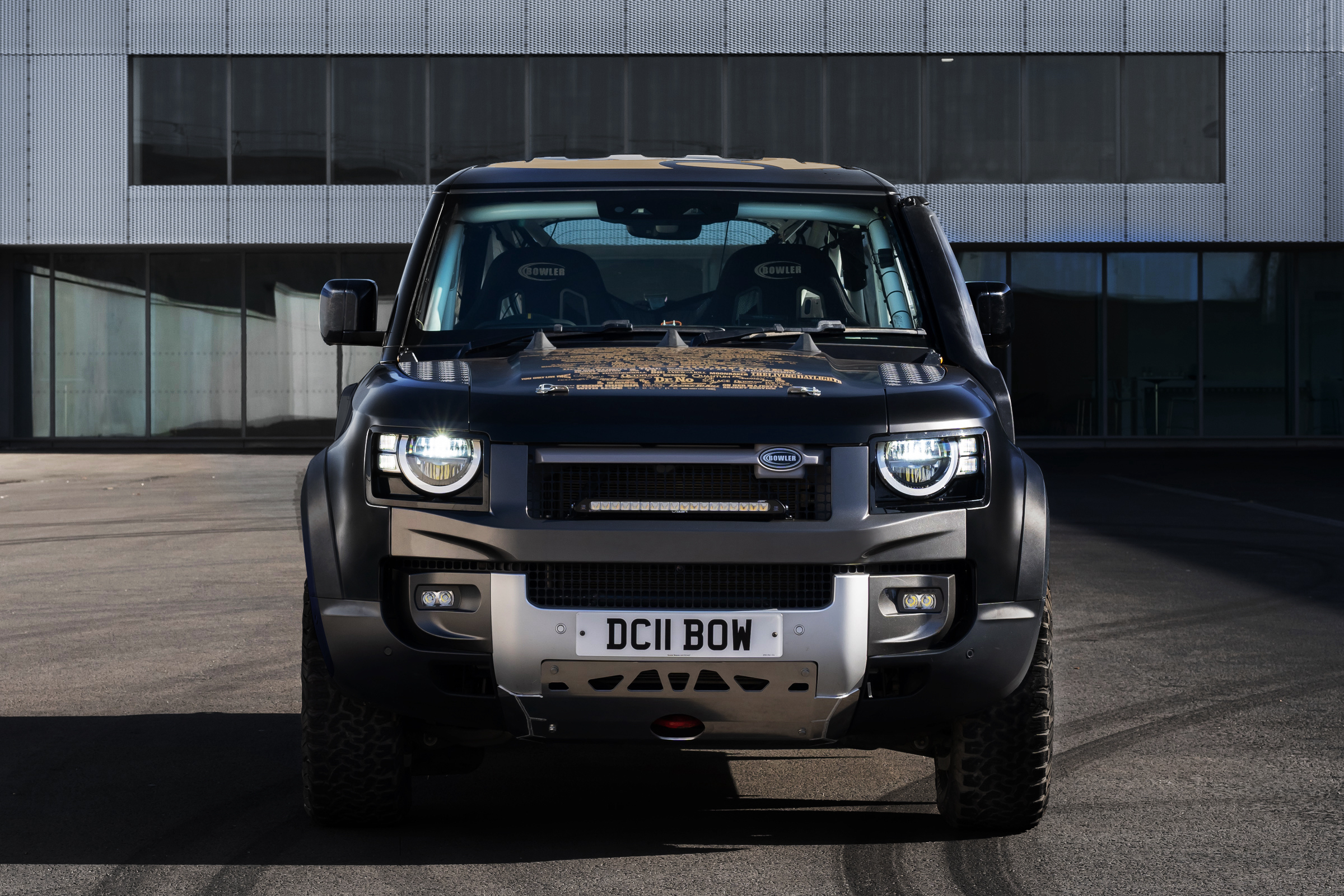 “The Defender is a tough and capable vehicle when it leaves the production line, and I’ve seen it perform really challenging stunts while on the set of ‘No Time To Die,’” said Higgins.

“With the race-ready enhancements made by the Bowler team and with Claire by my side, we are confident we can have a great result.”

2022 Range Rover: Land Rover Unveils Its Most Luxurious SUV Yet