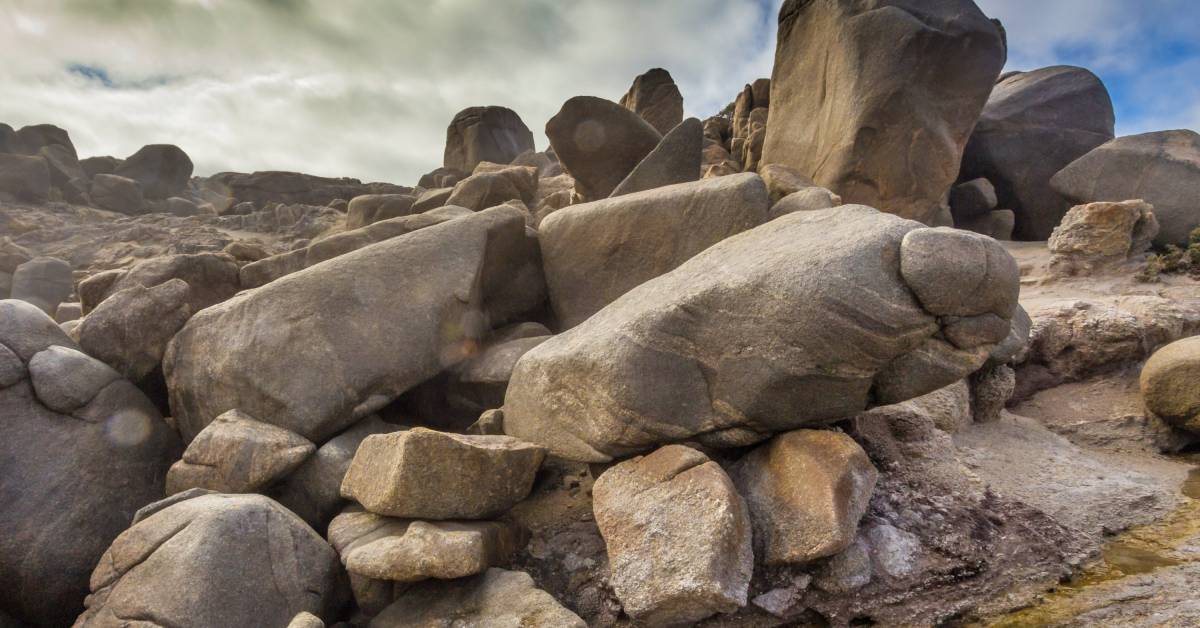 It’s the first we’ve heard of anything like it — come July 2022, a Canadian skatepark will be home to several 13-foot boulders. Calgary climbers, prepare your crashpads.

Three all-natural granite boulders are about to embark on a journey from British Columbia to a recreational park in Alberta.

Usually, companies pay demolition service providers to haul off and destroy oversized boulders to make way for new construction. This time, the City of Calgary is finding a more creative solution.

According to the CBC, the three granite slab pebbles will ultimately reside at Calgary’s Shaw Millenium Park. Once in situ, local climbers can treat the formations like any other climbable boulders. Bring on the crashpads, yerba mate, and chalk.

But wait, there’s more! Each boulder will undergo 3D scanning. Those scans will then upload to a climbing app.

What they’ll do there, we don’t exactly know. In the parks, however, project officials hope they’ll result in a wider user base.

“We see that there’s a need for these types of diverse structures in our parks,” explained James Papineau, a project manager overseeing the au naturel addition. “We’re always looking to make our parks attractive to people and accessible to all.”

Given the well-documented uptick in outdoor climbing’s popularity, this sort of move seemed somewhat inevitable — if a bit indulgent.

Highball boulderer Miles Adamson told Gripped that the idea had crossed his mind before. And if the Millenium Park project team executes the transfer without substantially altering the boulders, he thinks the addition could be worthwhile.

“If they could somehow dig up and transport Squamish-like boulders that felt natural and stuck them in Calgary, I would definitely check it out,” he said.

This winter, extreme fluctuations in weather and rising temperatures could make for more rockfall at the popular granite formations.  Read more…

But Adamson also raised some prescient concerns about the concept’s experiential quality that many climbers will likely sympathize with.

First, “they would probably be completely blank boulders that have no holds to break, and [the project team would then have to] chisel the problems in. At that point, you might as well just go to the gym.”

Second, there’s the probable issue of overcrowding. “It’s probably super expensive to transport the boulders,” he continued. “So there’s probably going to be very few of them. So if they are any good at all, they will be too busy anyways.”

Concept illustrations and information about which app will host the boulder scans were not available at the time of press.

Nonetheless, the pebble wrestlers here at GearJunkie are eager to see how it all shakes out.