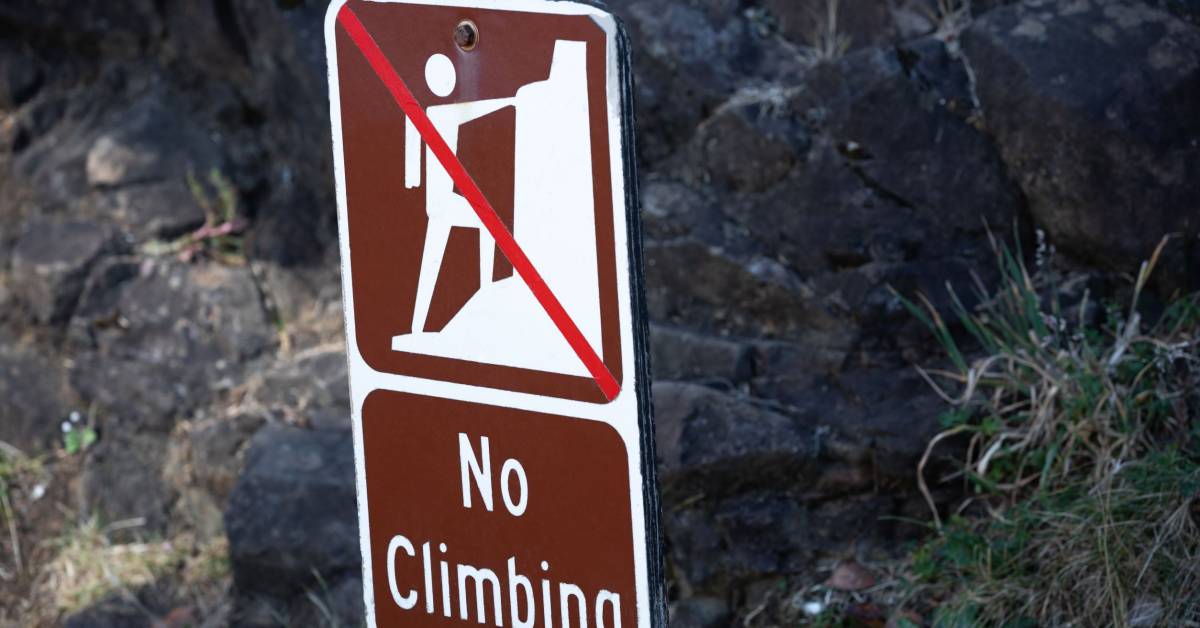 As of April 5, climbers in southwest Pennsylvania’s Fayette County have to drive farther to get on the rock. The Pennsylvania Game Commission (PGC) found that increased climbing on two parcels of state-owned land in the county damaged plant and animal habitats.

State Game Lands 51 and 138 are home to multiple popular sandstone crags. The locations sit on the Youghiogheny River in rural Ohiopyle and near Laurel Canyon further west. Bouldering at Casparis and Coll’s Cove is now closed, as are the Lost Crag and Rob’s Knob, among other locations.

Total closed climbing resources amount to over 250 known routes and boulder problems, per Mountain Project. For climbers, it’s a significant loss in an area without a whole lot of stone; Mountain Project lists just 714 total routes (including the recent closures) in southwest Pennsylvania.

The loss is almost certainly even higher between the listed areas, less-known crags, and prospected but unclimbed locations. But the PGC asserted that the now-closed formations host critical habitats for several rare, threatened, or endangered plant and wildlife species.

Increased climbing, the commission stated, has worn away lichens and moss on rock faces. It also said climbing had eroded landings at the bases of rocks, stripping away vegetation, woody debris, and leaf litter.

The changes, it found, degraded habitat, impacting the reptile, amphibian, and mammal species that use it.

According to internal policy, the PGC did not further specify the affected species. Chris Urban is the Nongame, Threatened, and Endangered Species Coordinator for the Pennsylvania Boat and Fish Commission (PBFC). The department helps manage aquatic resources on the affected lands. Urban said southwest Pennsylvania’s sandstone is a “basic” element of survival for several nongame species.

“The rocks provide protection from predators, overwintering habitat, and grounds to hunt for food,” he said. “This habitat should be preserved in its natural condition if these species are to thrive there.”

Pennsylvania’s state game lands are different from other public properties in terms of primary purpose. A licensing system prioritizes hunters and trappers, who can use the grounds accordingly. Otherwise, the state manages them as wildlife habitats.

The system usually allows other recreation on game lands, though periodic closures occur during hunting or trapping seasons.

According to the PGC, most game lands that hold climbable rock allow climbing. However, the commission said that “negative impacts to habitat have not resulted” in areas other than the now-closed parcels.

The Southwest Pennsylvania Climbers Coalition (SWPACC) initially sought to overturn the game commission’s decision. In a letter written shortly after the closure, the SWPACC stressed its “commitment to the conservation of wildlife, consistent with Access Fund’s Climbers Pact and ‘Leave No Trace ethic, and [requested] that we work together to address habitat management concerns while exploring options for maintaining climbing access.”

The group remains in communication with the PGC and PBFC. Meanwhile, it asks all climbers to abide by the closures and requests that anyone with climbing-related feedback to contact it rather than the state entities. To do so, go to the SWPACC website, email the group at info@swpacc.org, or find it on social media.