Shooting turkeys with a shotgun getting too easy for you? Why not try out America’s newest and fastest crossbow ever? TenPoint Crossbows has just announced the release of their new Nitro 505 reverse-draw crossbow which is capable of delivering 400-grain arrows up to a blinding 505 feet per second. This new Crossbow is absolutely loaded down with all the latest technology and features that TenPoint has to offer crossbow hunters and still manages to be super lightweight and have a light draw weight. 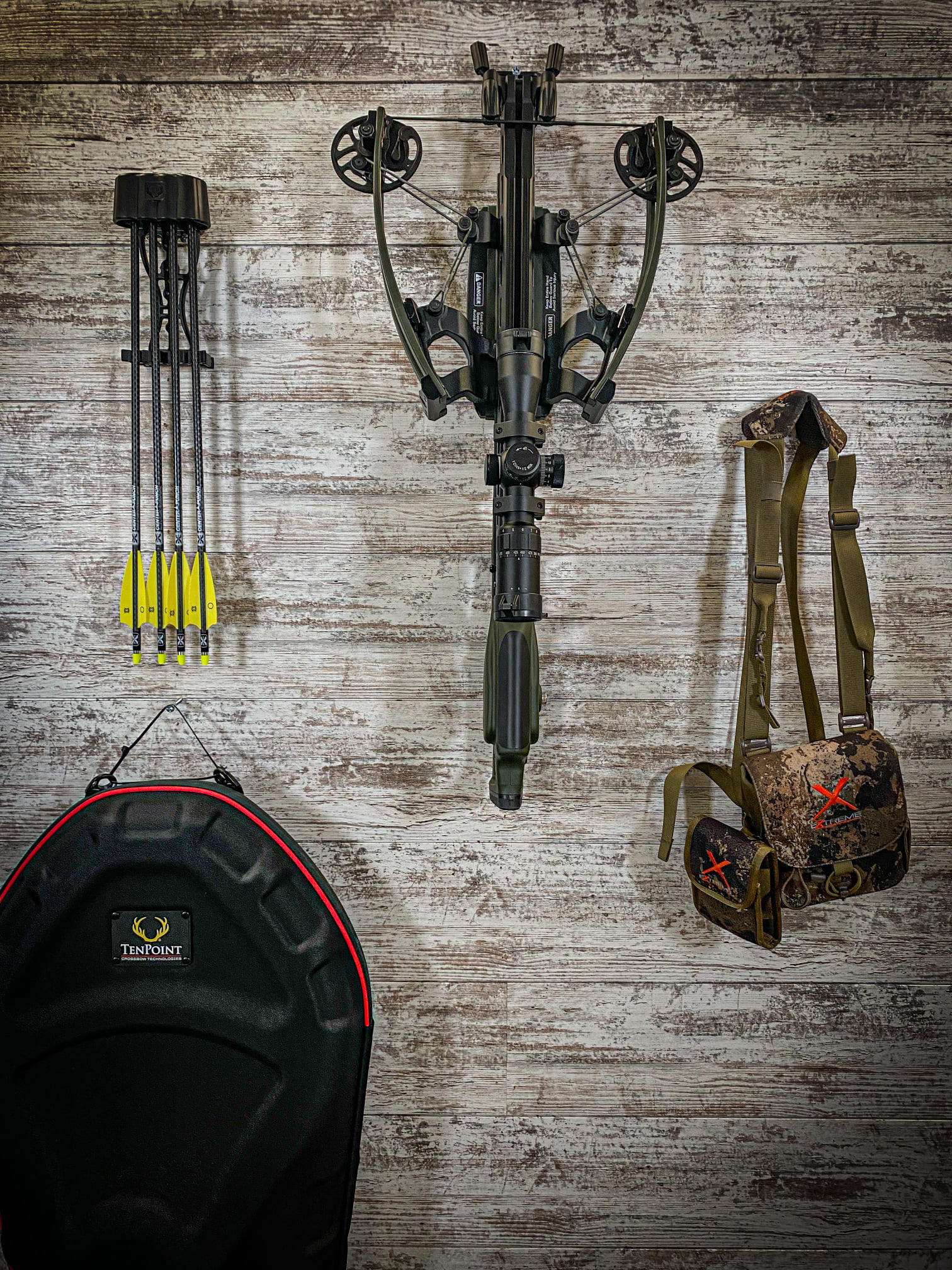 The New Nitro 505 from TenPoint Crossbows – The Fastest Crossbow Ever

The new TenPoint Nitro 505 is available now and is absolutely loaded down with features. Two packages will be available with the more affordable one being the Nitro 505 which comes complete in a Moss Green camouflage and a black scope for $2,999.99, or the high-end Veil Alpine Camoflague with a matched camouflaged scope for $3,099.99.

The Nitro 505’s ACUslide will feature the TenPoint Auto-Brake gear system which allows for safe and silent decocking. The reverse-draw design of the Nitro 505 is apparently unmatched in its ability to produce both speed and power with 400-grain arrows and features a 17-inch power stroke which is the longest in the industry. This increased power produces greater speed with less draw weight and allows your arrow to nock to engage with the string for an additional 4-inches of draw when compared to traditional crossbows.

This new crossbow has been heavily tested and TenPoint claims it is their highest performing crossbow to date and makes hunting game like turkey easier than ever with increased accuracy and power. The Nitro 505 will also include TenPoint’s S1 two-stage trigger which has zero creep and an advanced roller-sear system that delivers a crisp and consistent 3.5-pound trigger pull and is also equipped with a Dry-Fire-Inhibitor which is an added safety feature that can keep you from wrecking your entire rig and ending a practice or hunting session early. 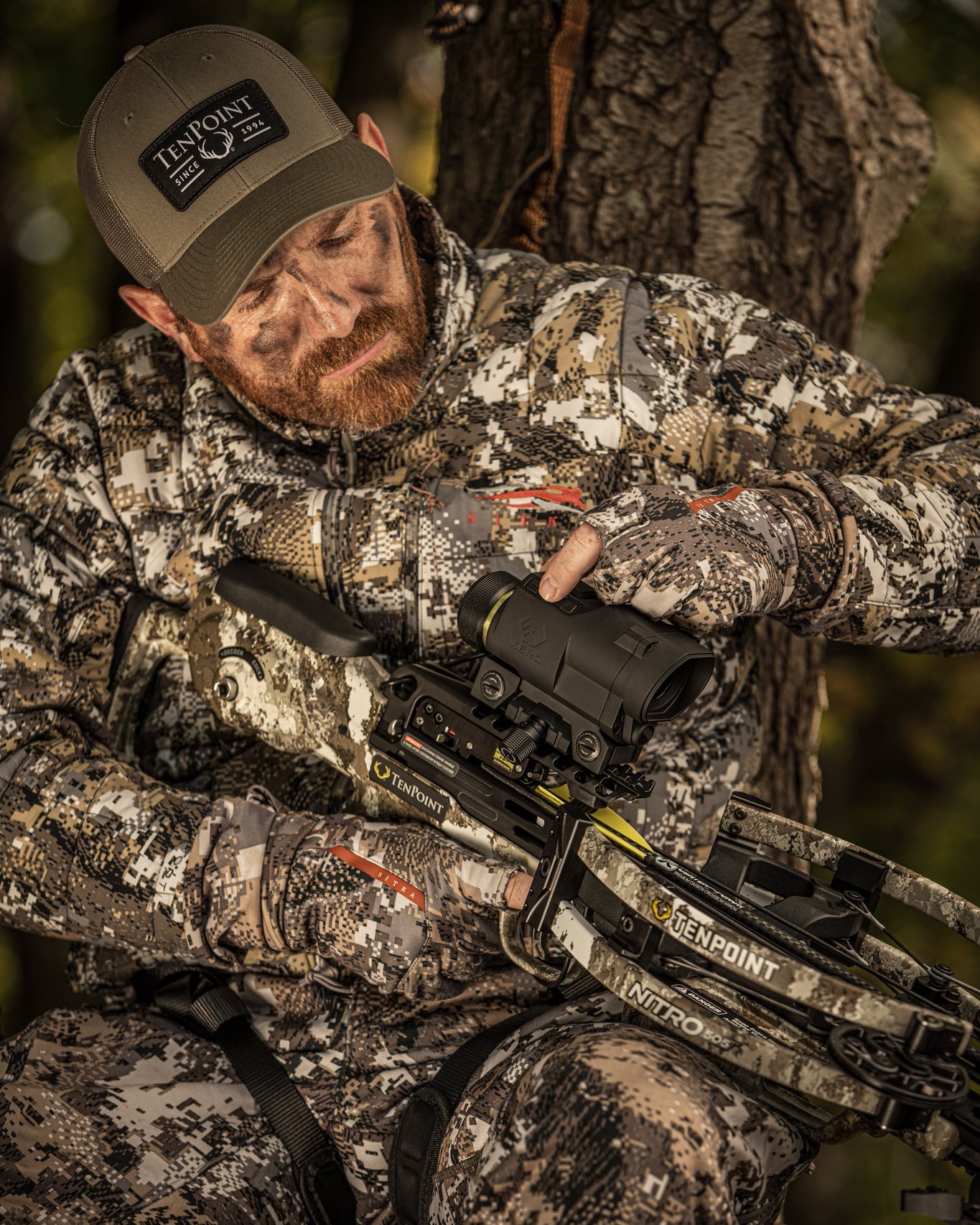 “The Nitro 505 is the fastest, most accurate, and most powerful crossbow ever manufactured.” said Rick Bednar, TenPoint CEO. “To exceed 500 feet-per-second and maintain the durability you’ve come to expect from TenPoint, our engineering team was denied no expense in the research, design and testing phase of this crossbow. All major components were designed to handle this level of power. The Nitro 505 is the most tested TenPoint crossbow ever – with over 25,000 shots put through the design.”

Luke is currently a full-time writer for TheFirearmBlog.com, OvertDefense.com, AllOutdoor.com, and of course, OutdoorHub.com. Luke is a competitive shooter, firearms enthusiast, reloader, outdoorsman, and generally takes an interest in anything that has to do with the great outdoors.
Luke is also a private certified pilot and is currently pursuing his commercial pilot’s license in the hopes of becoming a professional pilot. Some of Luke’s other interests include anything to do with aviation, aerospace and military technology, and American Conservancy efforts.
Instagram: @ballisticaviation
YouTube: https://www.youtube.com/c/BallisticAviation
thefirearmblog.com/blog/author/luke-c/
overtdefense.com/author/luke-c/
alloutdoor.com/author/lukec/