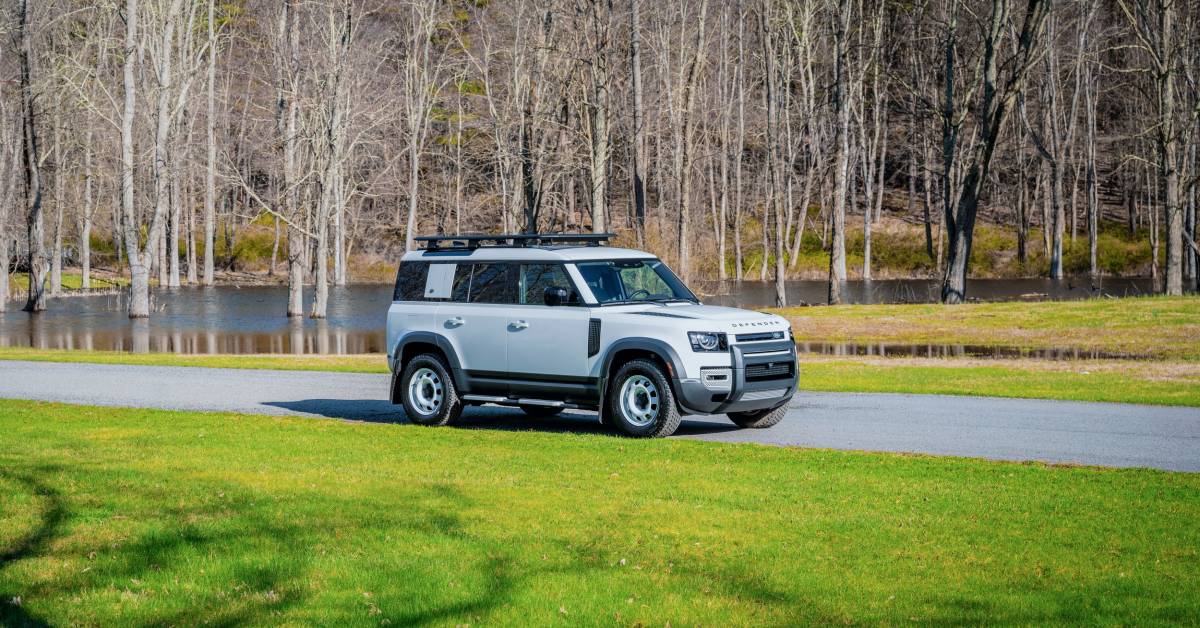 It’s the 30th anniversary of the Land Rover Defender 110 in North America. So Land Rover is launching a special limited production run of the latest Defender 110, inspired by the First Edition vehicles released in 1993.

If you think that the Defender seems a lot older than just 30 years, it is. The 2023 Land Rover Defender 30th Anniversary Edition is a special edition marking 30 years since the vehicle’s North American launch. This happened a decade after the brand attached the Defender name to its off-roader in other markets.

To build this tribute, Land Rover started with a 2023 Defender 110 P300 S model. It’s a four-door with the base engine, a 2.0L turbo-four that makes 296 horsepower and 295 pound-feet of torque. Still, it’s more power than the 3.9L V8 first offered in North America in its namesake. That one had around 180 horsepower.

If you’re thinking about the older Land Rovers that look like a Defender, those models went on sale in 1948. But back then, they were just called Land Rovers, so it doesn’t count for this anniversary — clear as the mud in the Defender’s wheel wells.

Copying the Defender First Edition models from 1993, the 30th Anniversary Edition gets basic Fuji White paint. The original was Alpine White, but it’s close enough for the marketing folks.

The grilles on the front bumper are powder-coated white, as is most of the rest of the trim. What’s not white is probably black, part of the included black package. The 18-inch steel wheels pop thanks to the glossy white finish. It’s a comprehensive, if slightly dull, visual overhaul. Not exciting, but a great tribute to 1993.

Then there are some extras that the original never had a chance of obtaining: a Cold Climate pack with a heated steering wheel, for starters. It has a heated windshield, but, impressively, Land Rover included that rare feature back in 1993. The Defender 30 will also have the off-road pack, which provides all-terrain tires for those 18-inch wheels, an active differential, and a 110V household-style outlet.

Other standard features on the 30 that are usually options include premium LED headlights, fog lights, and Land Rover’s Activity Key. This water-resistant smartwatch can lock and unlock the vehicle. It will also have Land Rover’s air suspension system.

When Land Rover launched the Defender in 1993, it made 500 First Edition vehicles for the U.S. That’s all Land Rover brought over. For 1994, you could only get a two-door Defender 90.

In honor of that, Land Rover will make just 500 of these new ones. It won’t have a safari rollover protection system like the original, but safety changes have made vehicles a lot stronger in rollover crashes anyway.

The 2023 Land Rover Defender 30th Anniversary Edition starts at $75,000 and is available only from specific dealers. It represents a premium of around $8,000 over a similarly specced non-anniversary model.

But it comes with at least one thing regular Defenders don’t: a special heritage-inspired badge on the tailgate. Will this be an instant collectible like the original?