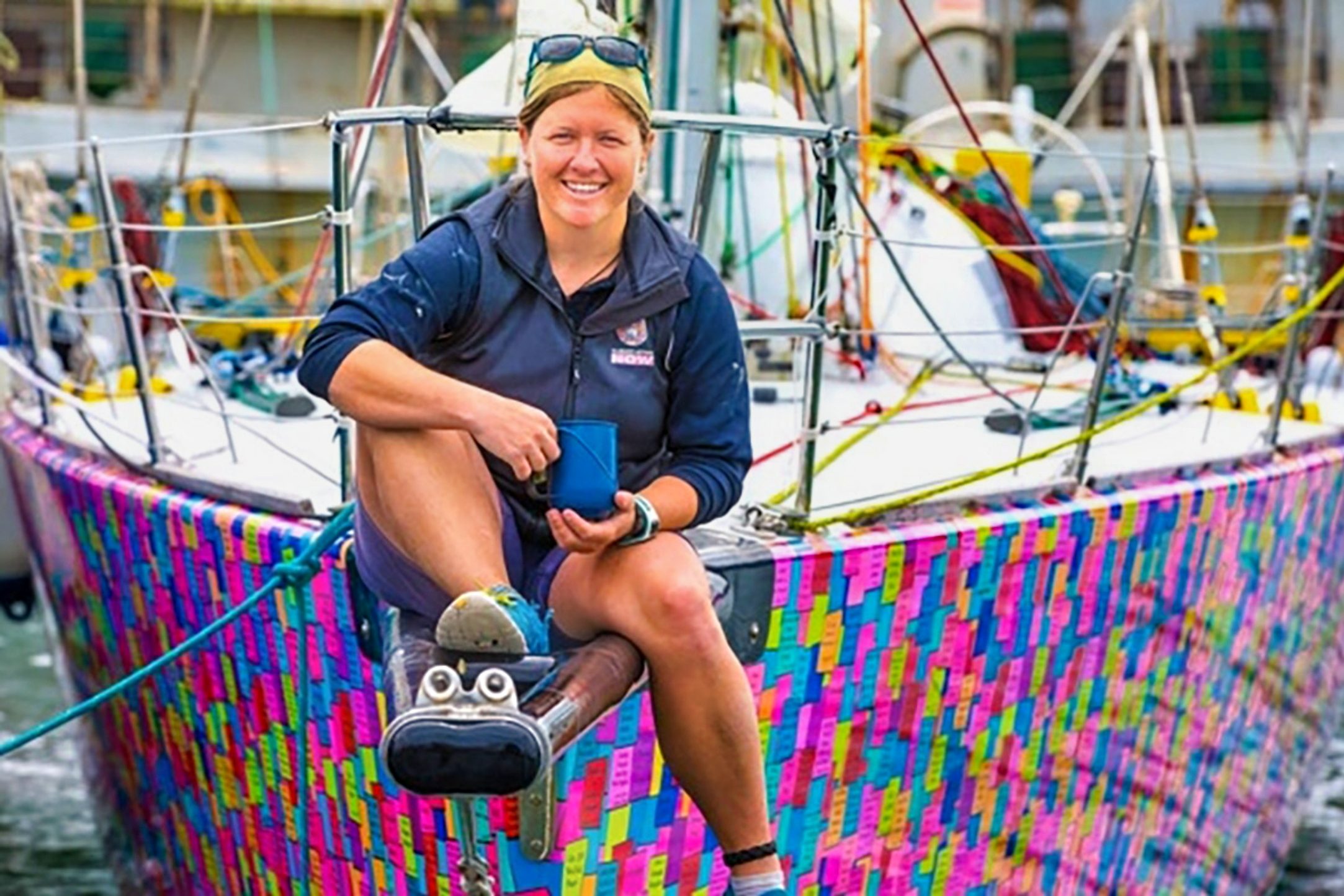 From the inspiring to the tragic, this is GearJunkie’s wrap on exploration and adventure news of the week. Here’s what you missed and a few things to look forward to.

Australian sailor Lisa Blair recently made history by circumnavigating Antarctica in just 92 days. And she did so aboard a brilliantly multicolored vessel she christened “Climate Action Now.”

Her solo effort unseats the previous speed record of 101 days set by Fyodor Konyukhov in 2008. Blair is only the first woman and third person to circumnavigate Earth’s southernmost continent, noted ExplorersWeb.

“I was so happy that I simply stared at land for a while with this stupid grin on my face as it finally hit home that I was going to break this record,” she wrote. “It was actually happening, and it was happening right now.”

Expedition Canada, an Adventure Racing World Series competition, went down in America’s hat June 3-11. The grueling, multi-sport event pitted 35 four-person teams against 540 km (336 miles) of rugged, unrelenting British Columbian wilderness. The real getcha? Teams had to duke it out sleepless and without any external support.

In the end, Team Bend Racing captured gold when they crossed the finish line in just 73 hours — 8 hours ahead of the next-fastest group. Check out the final race results here.

Two major bouldering competitions made for a busy few days on the international climbing circuit.

Tim Kang took the top spot in the men’s field, followed by Charles Barron in second and Simon Hibbeler in third.

And over in the wild, crazy microcosm that is extreme bikepacking, the 2022 Tour Divide kicked off on Friday, June 10. The 2,700-mile schlepfest ushers cyclists from Banff, Alberta, all the way down to Antelope Wells, New Mexico. This year’s route achieves some 147,468 vertical feet and bypasses New Mexico’s wildfire territory along the way.

You can follow this year’s Tour Divide participants (all 200 of ’em) in real-time with the official tracker map.

Itching to get in on a little pedal-pushing action for yourself? Good news.

Rouvy, the indoor cycling app company, is hosting a virtual ride-along to the famous eight-stage Tour de Suisse. Now in its 85th year, the 1,300-km race kicked off with the men’s first stage on Sunday, June 12, in Küsnacht, Switzerland, and will continue through the week. The women’s 4-day tour will follow, with Stage 1 slated for Saturday, June 18, in Vaduz.

Rouvy’s virtual races will happen on the same days as the actual Tour de Suisse. Riders of all abilities are welcome to participate. To learn more and register, head to rouvy.com/series/tour-de-suisse-2022.

This article is sponsored by Toyota. Find out more about the 2022 Toyota Tundra online.